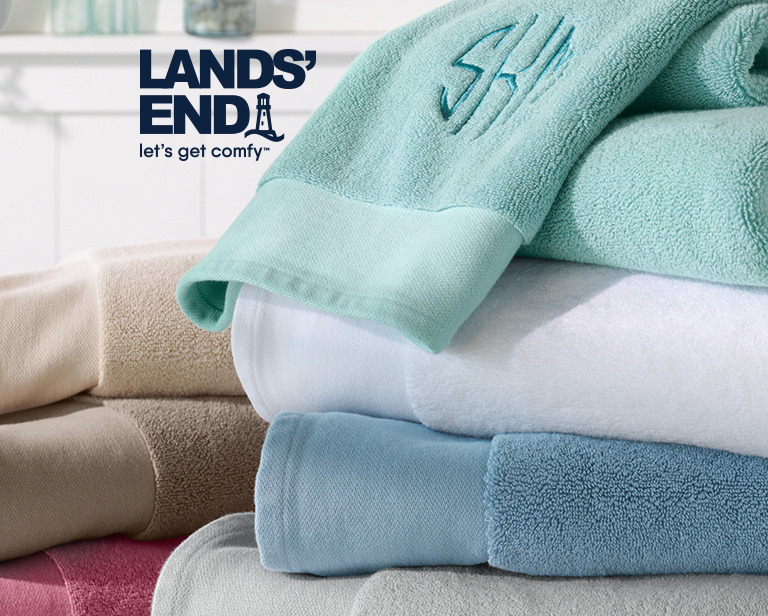 Everything You Need to Know About Monogrammed and Embroidered Towels

Towels – they aren’t the most interesting subject, but you use them every day and you have them in the most-used rooms of your home. If you’re in the market for new towels or looking for a simple way to spruce up your guest bathroom, monogrammed towels are the way to go.

What is a monogram?

A monogram is a small decorative design that uses a symbol or logo, typically with two or more letters, such as someone’s initials. Oftentimes people will have monogrammed bath towels, clothes, and backpacks as a fun and easy way to customize or label personal items.

Embroidery is using thread or yarn to stitch designs and adornments into various kinds of fabric used for hats, shirts, coats, tote bags, pillowcases, hand towels, and much more. Some people also use sequins, beads, and pearls to embellish fabrics.

Is there a difference between monogramming and embroidery?

Monogramming and embroidery have both been around for centuries. And while these two decorative methods are similar and often used interchangeably, they are different. Monogramming describes the letters, numbers, and/or fonts used, while embroidery entails the whole design stitched into a piece of fabric. Monograms also typically involve smaller lettering or logos, but embroidery can encompass larger, more intricate designs. Another difference is that monograms can be embroidered into fabrics, but they can also be cut, painted, or inked onto them. Embroidery is only applied by sewing thread or yarn into fabrics.

Why would you want monogrammed towels?

If you used someone’s guest bathroom and saw that their decorative hand towel had an “M” on it for their last name, what would you think? You’d probably think that these people are pretty sophisticated. You might even start to wonder if you somehow ended up in a fancy hotel bathroom. That’s one thing monogrammed hand towels can do for you. They can transform your ordinary guest bathroom into an elegant one. They can turn a simple towel into a special one. Monogrammed beach towels can also make sure you never mix up your towels with another family’s at the beach or pool.

What can you do with monogrammed towels?

You can use monogrammed towels anywhere in your home, but bathrooms and kitchens are where you’ll find them most. You can also keep personalized beach towels in your pool bag. After having your own, you’ll soon learn monogrammed towel sets make the perfect wedding and housewarming gifts.

What can you put on monogrammed and embroidered towels?

When you think of monogrammed items, you probably think of someone personalizing things with their initials or name. In the case of clothes, towels, backpacks and other accessories, it’s true that many people monogram their names or initials on them.

But there are many more decorations you can get monogrammed and embroidered on towels than your name or initials. You can put the days of the week on your bath towels or washcloths. It’ll help you know if your boys have switched out their designated kids’ bath towels like they’re supposed to. You can put “Mr.” and “Mrs.” on towel sets as a personalized gift for a newlywed couple. You can get “Head” and “Feet” monogrammed on your beach towels. If you’re all about the holidays, embroider cute holiday designs on hand towels in the guest bathroom for some added festivity and fun.

Are there placement and sizing guidelines for monogrammed towels?

As far as sizing goes, it’s generally suggested to keep the monogram between 1-2.5 inches for washcloths, 2.5-3.5 inches for hand towels, and 4-5 inches for bath and beach towels.

What are the different types of monogram designs?

You can have single or double letter monograms as well as ones that use three or four letters. The most common way to design monogrammed letters includes:

Is there a special way to care for monogrammed and embroidered towels?

Like other linens, you want to follow the manufacturer’s care label on your monogrammed or embroidered towels. However, some simple care tips you can follow to maintain the look and quality of your monogrammed towels include: