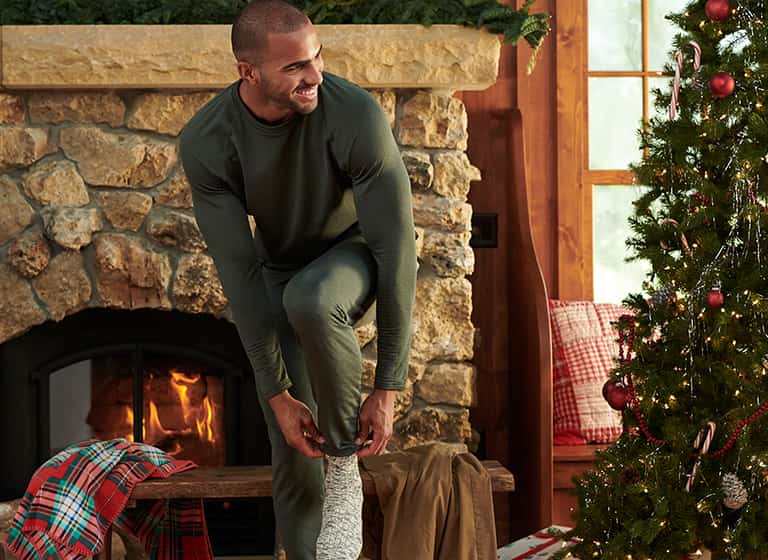 What is the Best Men's Underwear?

Never mind that it’s not visible to the outside observer: underwear is one article of clothing where personal preference is key.

Perhaps that shouldn’t be surprising, considering that it’s the most personal piece of clothing you wear. For this reason, it’s hard to come up with an approximate answer to what constitutes the best men’s underwear. Instead, we’ll make the case for some of the more common varieties–briefs, boxers, boxer briefs, and even men’s long underwear–and explore what could make each the right choice for you.

Above all else, men’s briefs are classic. For many men, it’s the first type of underwear they can remember wearing and it might be the best underwear they've ever worn!

Just because briefs are adopted during boyhood doesn’t mean they aren’t fit for the later stages of life. Just as the name indicates, briefs are cut shorter than boxers, typically ending above the thigh. They also tend to fit closer to the body.

The advantage of this shorter, tighter fit is a greater range of movement and the insurance that extra fabric won’t bunch up. This makes the brief a particularly great choice if your day may involve more movement or any athletic activity.

Boxers are everything that briefs aren’t. Like the men’s athletic shorts once worn by prizefighters, boxers are less fitted and longer, typically reaching the upper thigh.

This looser fit places them on the opposite side of the spectrum from briefs, and also provides boxer shorts with their unique advantages. Any man who finds briefs too constricting will probably feel more comfortable with the less restricting fit offered by a pair of boxers.

And unlike briefs or boxer briefs, boxers can often be monogrammed. Monogramming boxers is more than just an indulgent flourish: adding your initials to your boxers can also be quite practical, particularly if you live with more than one boxer-wearer and wish to mark your pairs to make laundry sorting just a little bit easier.

If you can’t provide a clear response to the age-old question of “boxers versus briefs,” boxer briefs may be your answer.

Just like the name implies, boxer briefs combine the aspects of briefs and boxers. Like boxers, boxer briefs have a longer leg that ends at the upper thigh. And like briefs, boxer briefs offer a fit that’s much closer to the body.

Boxer briefs are a great choice for the guy that feels like they have grown beyond briefs, but find the tendency for boxers to bunch up to be uncomfortable. If you’re looking for underwear that comes in a classic fit that has a greater amount of coverage, boxer briefs may be the best underwear for you.

Long underwear may not come up in conversation as much as briefs, boxers, and boxer briefs, but they still deserve consideration when building your underwear wardrobe.

Obviously, long underwear is a seasonal affair. We’re not encouraging anyone to wear it through all four seasons. But if you live in a climate that includes harsh winters, you’ll be glad to have a pair in your rotation.

Unlike the other examples cited above, long underwear is always sold as a pair, in the form of men’s pants and a long sleeve shirt. Most long underwear bottoms are similar, but long underwear shirts may vary by whether they feature a crew neck, mock neck, quarter-zip, or turtleneck.

While the vast majority of men’s underwear is classified by the cut and fit, it’s also important to think about the material. Do you like cotton, spandex, bamboo, etc? Quick hint, you’ll want to go with something breathable! Sometimes you need to touch the underwear to make sure the feel is right for you. So, consider going to the actual store to purchase them, until you know what brand, cut, and material you like. Otherwise, you’re taking a big chance on something that needs to be very comfortable. At the very least, if you order online, make sure you have a receipt so you can make a return if the material is the wrong feel.