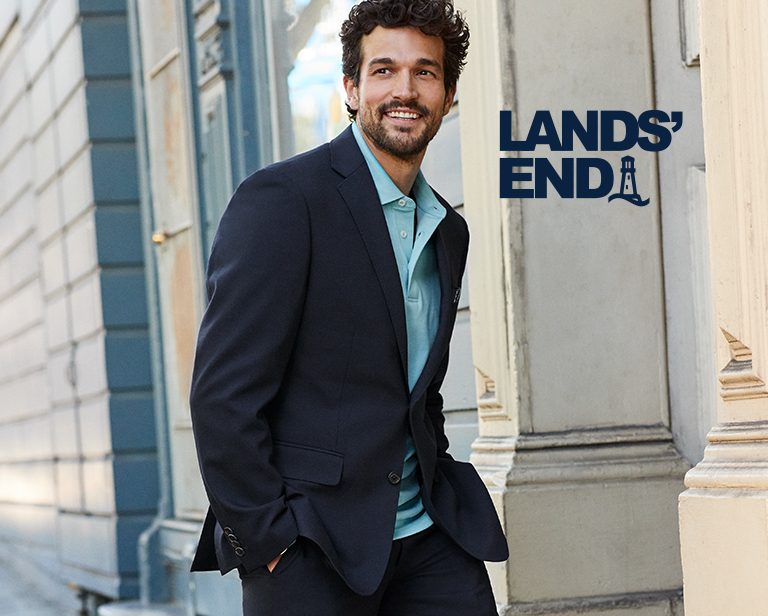 What’s the Difference Between Blazer and Suit Jacket?

Men’s fashion is generally more subtle and detail-oriented than women’s fashion. While women can express their sense of style in many garments, designs, fabrics, and styles, men are generally working with a little less variety. This being said, men’s fashion invites us to go to greater depths with styling and self-expression. We are often working with the same basic shapes: jackets, pants, shirts, sweaters; therefore, the creative variety within men’s fashion is working more with subtle elements such as fabric, texture, cuts, weights, and colors.

This brings us to men’s coats. On the surface, blazers, suit jackets, and even sports coats all sort of look alike. And yet, there is a universe of details and differentiations that are just waiting to be explored, unraveled, and expressed to each man’s personal style. Menswear can be a little nebulous and nuanced, and the differences between suit jackets and blazers aren’t always clear-cut. We’re going to cover the subtle, yet profound differences and similarities between men’s blazers and suit jackets.

What Is a Blazer?

A blazer is a type of jacket that resembles a suit jacket but tends to be cut more casually. More formal than a sports coat and less fancy than a suit jacket, blazers tend to be the versatile day-to-day men’s jacket. Appropriate for daywear and into the evening, this functional and fashionable jacket is a timeless staple in most men’s closets. Men’s blazers have their origins in 19th-century Cambridge as the uniform of choice worn by the local boat club. This likely was inspired by early blazers, which were originally worn by sailors and are of naval origins.

Historically, blazers were worn by boatmen in harsh weather and eventually evolved into the modern-day blazer. Modern blazers are reminiscent of their nautical past, as they are still often double-breasted with black horn buttons as worn by 19th-century sailors and boaters. However, blazers have taken on many other dimensions to their aesthetic over the last two centuries, including single-breasted styles with metallic buttons, too. Nowadays, blazers are typically worn as a staple item in a business casual wardrobe. Unlike a suit jacket, which is standardly worn with matching pants, blazers have their own identity and were created to be worn with mismatched trousers.

Blazers come in a wide variety of fabrics, weights, textures, and blends. Blazer fabrics range from 100% wool, poly blends, brushed cotton, hopsack weaving, flannel, and checked or plaid woven yarn. Depending on the season, you are likely to wear a wool blazer over a men’s sweater in cooler months and a cotton blazer over a men's button-down shirt in the summer.

As the cut of blazers is usually different and less rigid than suit jackets, the fabric used often reflects the slightly more casual approach. For example, while suit jackets have padded shoulders, blazer jackets are more often tailored with shirt shoulders, giving the garment a softer look that follows the natural shape of the shoulders. Blazers are typically unlined, unpadded, and the lapels aren’t stitched, setting them even further apart from suit jackets.

Blazers come in a wide range of colors, hues, and patterns. Traditionally, these tend to veer more toward the classic look. The most common blazer colors are navy blue, charcoal gray, black, light gray, and beige. While you can find more fleeting trends of brightly colored blazers with eye-catching prints, most men decide to stick with the classic gentlemanly look. Checks, plaids, and other subtle geometric patterns are classic patterns found on men’s blazers.

The best part about blazers is probably how easy they are to style and wear. In warmer months, wear a lighter or cotton beige or cream-colored blazer with a linen button-down shirt underneath for a classic and dapper look. In winter, wear darker hues over heavier sweaters with Chelsea boots. Try to choose a pair of pants that doesn’t overly match the blazer, but instead complements it. For a more casual look, wear your blazer with men’s jeans, whereas for a more formal look, choose a pair of slacks that goes well with the jacket. For example, a gray blazer pairs well with black pants.

What Is a Suit Jacket?

A suit jacket is a classic part of menswear that is the jacket part of a classic men’s suit. The defining characteristic of a suit jacket is that it is manufactured with a pair of matching trousers. Unlike with a blazer, the trousers are a complete match with the suit jacket as they are produced in the same color, fabric, and weight. In the way of formality, suit jackets are more formal than blazers. Because of its structured and elegant design, men’s suit jackets are the perfect outwear garment for almost all formal occasions.

Some other differentiating features of suit jackets from blazers are the pockets, lapels, buttons, lining, and vents that can often be different between the two coats. The lapel’s interior lining and stitching are often of higher quality in a well-made suit, which is another distinguishing factor over a more casual blazer. Suit jackets also tend to have a snugger fit than blazers. This is because it’s expected that a suit jacket is only going to be worn over a dress shirt, whereas a blazer can be worn over several layers.

Though suits and suit jackets have changed shape and style over the last centuries to fit the fashion of the time, it remains an incredible timeless piece. The suit as we know it today was what came into fashion to replace powdered wigs, silk stockings, heels, and knee britches that were typically worn by men in the early 19th century. Needless to say, we’re glad we got stuck with the suit and not the powdered wigs.

Like blazers, suit jackets come in a wide variety of fabrics, weights, and blends. Depending on the season or occasion, you may want to choose a particular fabric of suit. Some common suit fabrics are wool, silk, cotton, linen, mohair, and polyester. Some less common but certainly opulent fabrics are cashmere and velvet. Typically, luxury suits are made from natural fibers such as silk and wool. Synthetic fabrics like polyester were super cool for hip suits worn by the movers and shakers of the disco era and the ’80s. While different pop culture movements and music eras had profound effects on the evolution of the suit, we are happy to say the classic suit look still prevails today.

Since coming into existence, like blazers, suit jackets have typically remained in the neutral color zone. Despite some psychedelic moments in the 1960s through the 1980s when icons like the Beatles and David Bowie donned suits just as trippy as their tunes and inspired several generations to dress according to the times, suits have otherwise remained pretty neutral. The most common suit jacket colors are black, navy, light gray, charcoal gray, and beige. Like with a blazer, heavier and darker-colored suit jackets are more appropriate for cooler weather and professional settings, whereas lighter suits are great for summertime and special occasions like weddings.

The great thing about styling a suit is that it basically styles itself. If you are wearing a suit to dress for a professional or more conservative formal occasion, you’ll probably want to wear a white men’s dress shirt under your suit jacket. If the occasion is more casual or personal, explore wearing a different colored button-down shirt underneath. Be sure to keep in mind that your shoes, socks, and potential tie also match your overall look.

As determined, suit jackets and blazers indeed look similar from the surface, but are especially nuanced in their own ways that make them specific to the function and purpose they serve. The biggest difference between the two perhaps is that blazers are meant to be worn as individual pieces, whereas a suit jacket is meant to be worn with matching men’s dress pants or suit bottoms.

There are also some subtle differences to the cut and design of each coat, making the suit jacket more appropriate and poised for formal occasions and the blazer more versatile and relaxed for a wide variety of occasions. Needless to say, no dapper man’s wardrobe is complete without at least one blazer and one suit jacket. Once you begin to really understand the nuances and subtleties of these two timeless pieces, you’ll be better able to explore and express the depths of men’s fashion.