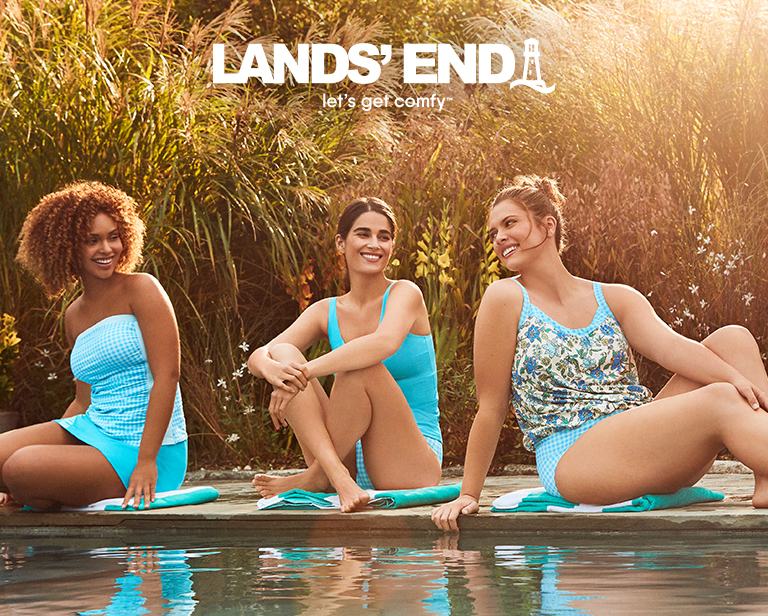 Where Does the Word ‘Bikini’ Originate From?

These days, you can’t go to the beach or pool without seeing bikinis everywhere. This two-piece wonder is popular with kids, teens, and grownups alike, and comes in countless styles and colors. It’s hard to imagine a time when it wasn’t popular, but the modern bikini is a fairly recent invention. And where did its fun and frisky name come from? It’s an interesting story that spans the globe and forever changed fashion.

The Bikini is Born

In 1946, Europeans experienced their first summer without war in years. The air buzzed with energy and possibility as a new era began, and creativity was embraced. In France, Louis Réard took a vacation and noticed women rolling up the edges of their bathing suits to improve their tans. Inspired, he created a skimpy two-piece suit using a few triangles of fabric and thin straps.

Though not particularly revealing by today’s standards, it scandalized the masses. Réard couldn’t find a model willing to wear the suit, so he had to hire Micheline Bernardini, a young nightclub dancer, to don it for a swimwear event in Paris. Photos of her appeared in newspapers around the world, and pearl-clutching ensued when people were shocked by the site of her bare midriff. The suit had many fans though, and over 50,000 letters were sent to Réard by admirers – many of them men.

The Perfect Name for a New Swimsuit

But where did the name of Réard’s fabulous new design come from? The answer laid several thousand miles away in the Pacific Ocean. Just a few days before the swimsuit debuted in Paris, the United States had conducted its first nuclear tests in the Bikini Atoll.

A group of remote islands, the atoll took its name from a local word, ‘pikinni,’ which meant ‘coconut place.’ Réard thought his invention was as ‘small and devastating’ as the atom bomb, and named it after this infamous location on the other side of the planet, hoping to capitalize on the attention the tests received. Clearly, it was a smart idea. He also passionately believed bikinis should be tiny, saying no suit could be called one unless it could be ‘pulled through a wedding ring.’

The Bikini Becomes a Sensation

After the initial uproar over Réard’s first bikini, the new swimsuit style faced an uphill battle. Most people found it too outrageous and it was slow to catch on. The bikini was banned from beaches in Australia, France, Portugal, and Spain. Even the pope chastised a Swedish model who wore one in a British beauty pageant, and in 1957, Modern Girl Magazine said, ‘it is inconceivable that any girl with tact and decency would ever wear such a thing.’

Finding the Best Bikini for You

There really is a bikini for every body type. Women with a small chest might like a bandeau-style bikini top without straps. If you have a big bust, look for one with supportive underwires and wide straps to give your chest a boost while avoiding red marks on your shoulders. Bikini tops with soft cups subtly shape and lift, and if you’re somewhere in the middle when it comes to size, you might like a top with a wide band around the middle.

When it comes to bottoms, there are so many choices. Try high-rise bikini bottoms that hold in your midsection and create a high-leg look. Bottoms with side-ties can be easily adjusted for the perfect fit, making them a good choice if you fall between sizes. Low-cut bikini bottoms are a wonderful way to lengthen the torso, so don’t be afraid to give them a try.

Of course, if you want more coverage, that’s fine, too. Try a bikini top with a pair of swim shorts that conceal your bum and thighs. They’re perfect for anyone who likes water sports or spends a lot of time chasing kids around. A swim skirt is another nice option if you want something modest.

Whatever you decide to wear, always remember that a bikini represents an important piece of fashion history.