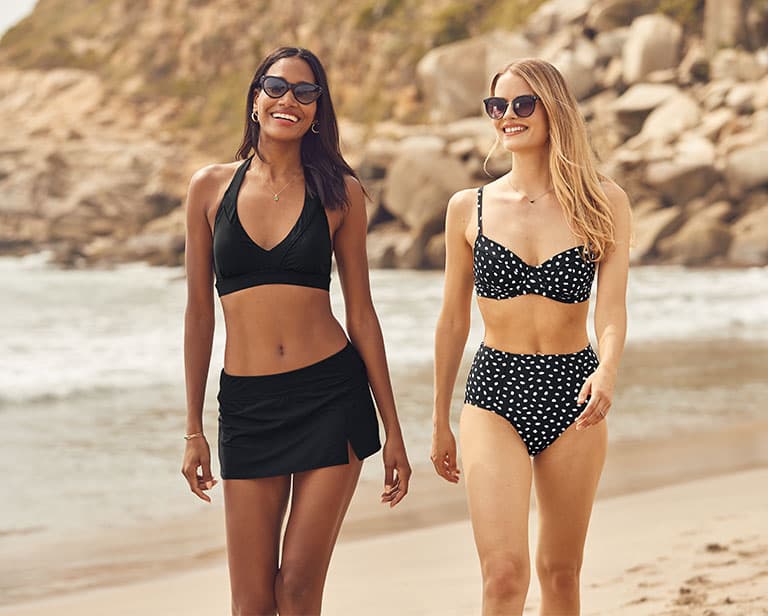 Delving into History: When Did Bikinis Become Popular?

If you want to make a statement during your next beach vacation, you need a bikini bathing suit. This two-piece wonder embodies fun in the sun and has been making women feel gorgeous and glam for over 70 years. An instant hit, it remains popular today and is available in countless cuts, styles, and colors, making it easy to find one for every body type. So, when were bikinis invented?

The Birth of the Bikini

In 1946, Europeans experienced their first summer without war in years. There was a feeling of joy and freedom in the air, and designers were inspired by a new sense of promise. In France, Louis Réard, an automobile engineer who became a clothing designer after inheriting his mother’s shop, vacationed in St. Tropez. He noticed that women rolled up the edges of their swimsuits when tanning and the wheels in his head began turning.

Upon returning to Paris, he created a tiny two-piece swimsuit he dubbed the bikini. Fabric was still in short supply, and his new design didn’t require much of it at all – two triangles were used to make the top, and two more were sewn together to form the bottoms. The suit was considered so outrageous that he couldn’t find a model to wear it and had to hire a nightclub dancer, Micheline Bernardini, to pose in it at a swimwear event that July.

Réard named his daring new swimsuit after the Bikini Atoll, a tiny collection of islands near Asia and Australia that took their name from the word ‘pikinni,’ which meant ‘coconut place’ in the local language. The atoll was the site of America’s first nuclear tests only a few days before the swimsuit debuted, and according to Réard, the bikini was just as ‘small and devastating’ as the atom bomb.

The press went crazy for the bikini and soon, pictures of it were appearing in newspapers and magazines around the globe. Over 50,000 fan letters were mailed Réard, raving about his radical new creation, and many were sent by men.

A Slow Climb to Swimwear Popularity

Though many people fell in love with the bikini, it also had detractors. Beaches in Spain, Portugal, France, and Australia banned the scandalous swimsuit. Magazines and fashion designers in the United States deemed it distasteful, saying no one with ‘tact and decency’ would ever wear one. Even the pope criticized the winner of a British beauty pageant for wearing one.

Women couldn’t resist the bikini’s allure any longer, and it finally began gaining mainstream acceptance. The invention of Lycra in the 60s also gave bikinis a boost by improving the way the bikini fit, looked, and felt. By 1988, the two-piece sensation accounted for nearly 20% of swimwear sales and it remains beloved today.

Early bikinis were made from materials like cotton and jersey, which aren’t great for getting wet and take a long time to dry. Times have changed though, and Lands’ End makes its modern bikinis with fabric containing fibers like Lycra and Spandex, which give them a great fit. All of our swimwear also offers UPF 50 protection, meaning only 1/50th of the sun’s rays can make their way through.

Contemporary bikinis also offer much more support than early styles. Underwires in bikini tops make them fit like a good bra and your bust will look lifted, full and gorgeous. Soft cups also offer gentle shaping to enhance your curves.

Many women think they can’t carry off a bikini because they have a soft stomach, but this isn’t the case. If you need some tummy control, just skip low-cut bottoms and get a high waisted swimsuit bottom instead. They have an adorable vintage feel, will help hold in your stomach and since they go over your hips, won’t create a muffin top.

Looking back, it’s hard to believe how incendiary the bikini was in 1946, and the way it continued shocking people for years to come. Many early versions would be considered tame by today’s standards, and some didn’t even reveal the navel. Still, given how free and fun it feels to wear one, it’s no surprise that this revolutionary swimsuit is still popular the world over.