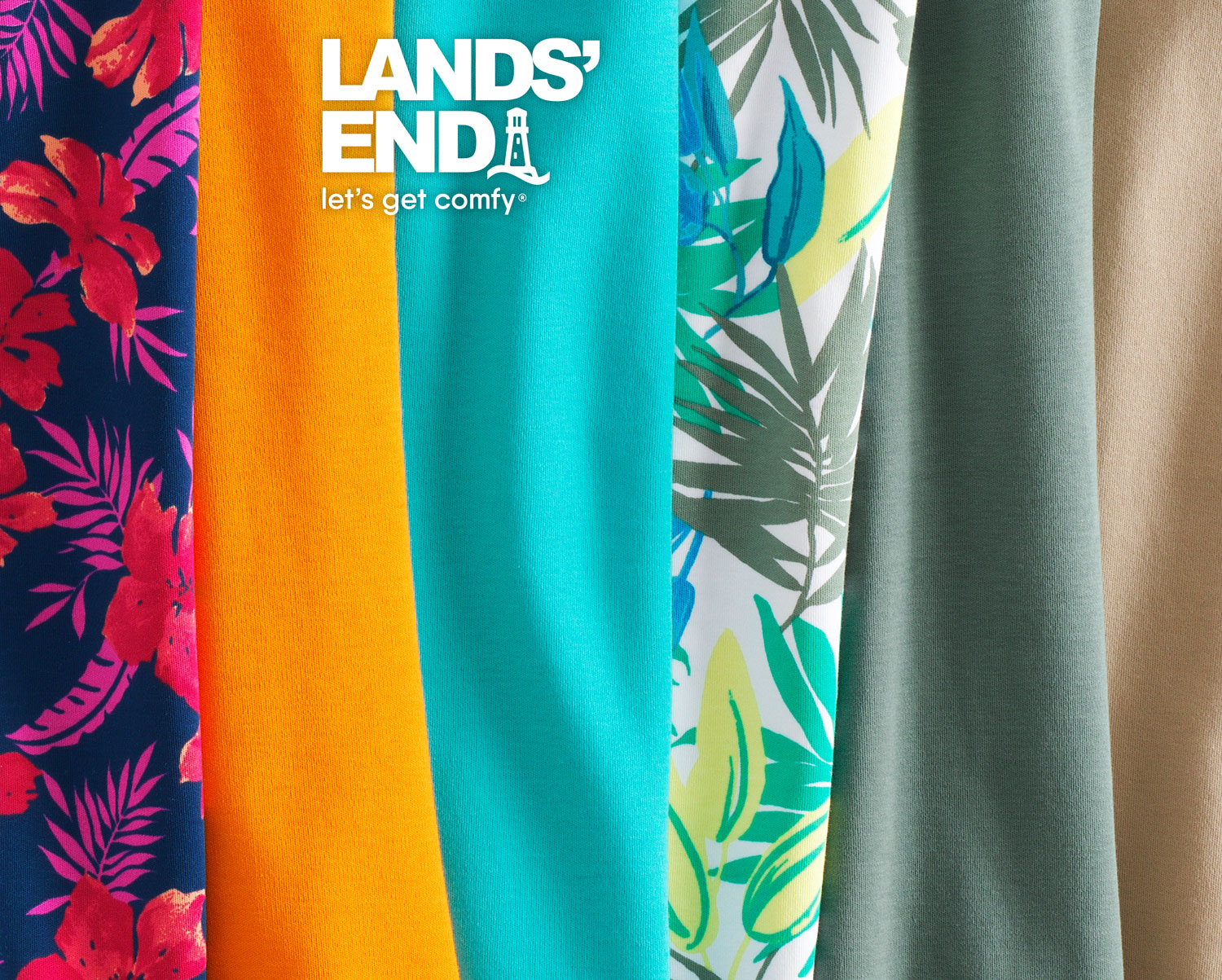 What Is the Difference Between Rompers and Jumpsuits?

With the number of jumpsuits and rompers on the fashion scene over the past decade or so, it’s only natural to wonder: “What’s the difference between a romper and a jumpsuit?” After all, you step into them both before pulling them on, and they’re both connected at the waist.

However, jumpsuits and rompers have one major difference: the length. Jumpsuits have long pant legs. Rompers have short pant legs, although you can’t really call them women’s shorts. Some stylistic differences tend to be common, and some people argue about whether a romper has to be made of a different material than the jumpsuit, but overall, it’s mostly the leg length that keeps them apart. Read on for some more insight as to what makes a jumpsuit a jumpsuit, what makes a romper a romper, and why they’re both great additions to your wardrobe.

What Is a Romper?

Rompers are one-piece garments that you step into and pull up over your shoulders when getting dressed. They consist of a pair of shorts with a shirt attached. However, they do a great job of camouflaging themselves as dresses. Since they lack long legs and tend to be made of flowing fabric, they’re best suited for summertime attire. They’re great alternatives to summer dresses as well, and they have a more casual look that can withstand wind, beach volleyball, and summer picnics better than a summer sundress that you have to take more care to make sure everything stays put.

How to Wear a Romper

Rompers very in style, and, in turn, the style of the romper will determine how you wear it. For example, you might have an over the shoulder romper that is billowy on the top and in the shorts but gathers with elastic in the midsection, almost resembling a sundress. Since that creates a more dressed-up look, you might want to wear it with a pair of sandals or wedges. In contrast, you might have a basic romper that looks like a sleeveless dress that’s loosely gathered in the middle but connected to a straight-leg pair of shorts. That presents a more casual look but can look formal enough to wear to a summer wedding if you wear it with the right accessories. In general, how you wear a romper will mostly depend on where you plan on wearing it. Many are versatile enough to wear for any purpose, meaning your shoes and accessories will have the responsibility of transitioning them from running errands to a night out on the town.

Why Is It Called a Romper?

Romper is a funny word, isn’t it? If you’re wondering where it came from, know that rompers were first used for children to wear while they “romped” around playing outdoors. Rompers were also called playsuits for that reason. One of the very first advertisements for children’s rompers described them as “pinafore-like garments” used to keep kids clean when they played. It’s uncertain as to how exactly they kept the kids clean, however, considering how kids can get dirty in whatever they’re wearing. The 1904 advertisement was most likely referring to the fact that the rompers were wardrobe alternatives that were worn by kids while playing to keep the other items in their wardrobe clean. Nonetheless, it’s a fun word, and it’s cool that it is still used today.

What Does Wearing a Romper Mean?

When you’re wearing a romper, you’re basically being a fashion ninja who is wearing a one-piece garment that can be mistaken for a summer sundress, or a combination of a regular pair of shorts and a women’s summer shirt. Your romper is probably short-sleeved, but it can also have spaghetti straps or look strapless if it is an “over the shoulder” romper.

What Is a Romper for Men Called?

Women have kept the romper to themselves for decades — that is, until men started wanting to join the trend. The past couple of years have seen a spike in men’s wearing rompers. Of course, they have to put their own spin on it though, so you may see their rompers referred to as “romp-hims” or “bro-mpers.” Oddly enough, male jumpsuits haven’t seen as popular of a spike.

What Is a Jumpsuit?

A jumpsuit is also a one-piece item of clothing that serves the purpose of acting as a top and a bottom. Essentially, it is a top connected to a pair of women’s pants. Since it has long material covering the legs instead of shorts, it can be worn during all seasons, providing it’s made of the right material.

The history of the jumpsuit dates back to 1919 when, as the name suggests, it was worn by parachuters to jump out of airplanes. The jumpsuit is one of three functional garments of the time, with the other two being the boiler suit and dungarees. The boiler suit was worn by men who — you guessed it — tended to boilers and furnaces. They were also worn by women during the Second World War. Jacob Davis and Levi Strauss invented dungarees a couple of decades before jumpsuits, in 1890, as an all-purpose piece of clothing to wear around the farm or when doing any type of manual labor that posed the risk of getting dirty or tearing.

Of the three, there’s no question that the jumpsuit is the most fashionable. It made its first appearance in the spotlight in 1964 when it graced the cover of _Vogue_ magazine. and the next two decades would prove to be the most popular jumpsuit eras. Even men wore them. (If you’ve ever seen a photo of Elvis in the ‘70s, you know what we’re talking about.)

How to Wear a Jumpsuit

You don’t have to call upon the spirit of Elvis or even try to be Cher to wear a jumpsuit today. You just have to know how to wear it and what to wear it with. During the summer, you should choose a jumpsuit made of a fabric that breathes well and doesn’t make you overheat in high temperatures. You may also want it to be sleeveless. In the winter, you can still wear a sleeveless jumpsuit for the right occasion, but you’ll likely want to wear it with a blazer or a women’s cardigan sweater. As for the material, it should be a thicker knitted fabric instead of a summery jersey.

Spring and fall are popular times for wearing a jumpsuit since the long pants protect your legs from any cold temperatures, and you can always couple it with a women's fleece jacket or blazer. Even sleeveless jumpsuits go amazingly well with jackets and blazers, especially leather moto jackets. This perfect pairing makes jumpsuits and jackets the ultimate spring and fall fashion combo. Don’t forget to add some high ankle booties in spring, autumn and winter as well. In contrast, summertime jumpsuits beg for heels and strappy sandals.

Besides the length of the legs, the basic stylistic differences between a romper and a jumpsuit revolve around the material, cut, and pattern of the garment. Still, leg lengths are the main difference between a romper and a jumpsuit, with the romper being short and the jumpsuit being long in the legs. But some people refer to both items as one and the same. It’s only natural to use the terms interchangeably considering most shoppers use the terms interchangeably as well.

One main stylistic difference between a romper and a jumpsuit is how they each disguise themselves as other garments. For example, a romper can easily be confused for a short sundress if it has short but wide legs that billow out at the bottom. Add a flowery pattern, and it is easy to see how someone could miss the fact it’s actually shorts, not a skirt, connected to the top. And as for jumpsuits, it’s easy to assume they are two separate pieces when the pant legs look like high-waisted pants with bell bottoms and a belt around the midsection.

The spike in popularity among rompers and jumpsuits goes to show just how versatile, stylish, and comfortable they can be for men and women alike.