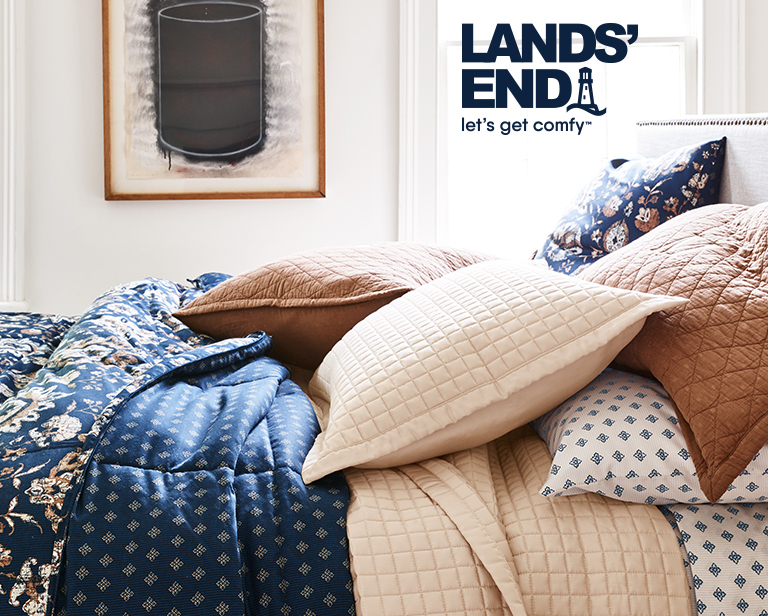 Can You Use a Duvet Cover by Itself?

You’ve purchased a very nice comforter or duvet (the word “duvet” (doo-vay) means comforter in French), and along with it bought a duvet cover. Duvet covers (sometimes called comforter covers) are a great piece! They are typically two pieces of fabric sewn together similar to a huge pillow case, with a closure on one end. It allows the comforter or duvet to be placed inside (usually tied inside it in all four corners) and closed. It keeps your comforter cleaner and protects it while also making it much easier to remove and wash the duvet itself. Its purpose is to protect and extend the life of your comforters.

This functional piece can be made of any type of fabric from silk to flannel. It can make a bed warmer in cooler months by the addition of the extra layers to the comforter. A cool cotton or silk duvet cover can also take the place of a flat sheet. When the cooler months end, do you need to find a storage drawer for the duvet cover? Or can it be used alone on the bed? The answer is keep it out and use it! You may opt to store the comforter instead.

Since the duvet cover is two separate layers of fabric, it can be used alone as a light bed covering, taking the place of a summer blanket or quilt. Depending on the fabric, the duvet may not be as cozy as a traditional blanket as it was designed for protection, not necessarily warmth. A flannel duvet, however, does have a very similar weight and warmth to a light blanket. A silk duvet may not provide the warmth of a blanket, but in cooler months will help to wick moisture and keep you cooler and dryer while you sleep. Depending on the temperatures in your home or the season, however, the duvet cover can provide adequate warmth and coverage similar to a blanket.

The duvet cover is usually made of fabrics that can be easily washed and dried at home. Spending extra money to dry clean your duvet or comforter can be postponed if using a duvet cover. Clean the cover frequently and the comforter will not need to be cleaned as often and will last much longer. This protects your comforter investment, particularly if you opt for a down comforter.

Duvet covers offer an easy way to change the décor in a room. Since comforters tend to be the same pattern or color for their lifespan, adding the duvet cover of an alternate color or pattern can change the décor in your bedroom or other rooms instantly. You might have several of them to switch out for the seasons. They fold and store easily away when not in use.

You can also change easily change the décor in other rooms in your home. Use the duvet cover on a sofa or love seat to switch up the design in a pinch. Depending on the size you have, you could use it for a blanket on your couch for family movie night. It’s the perfect solution in a child’s bedroom where tastes in kids bedding décor can change frequently and making the bed with multiple sheets and blankets is too difficult. Duvets can add simplicity by eliminating top sheets and blankets.

Duvet covers are very functional pieces that allow you to make an investment in a down comforter or other type of comforter and keep that investment protected. They are instant décor changers and can afford ease when cleaning bedding and making the bed since less layers of blankets and sheets are required. You can easily store duvets when not in use, but they are functional enough to use all year round!