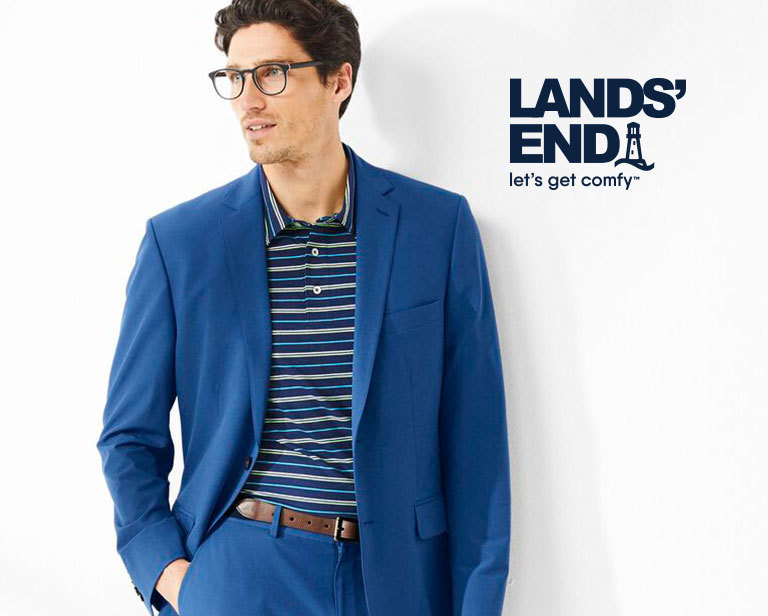 What’s the Difference Between Blazers, Sport Coats, and Suit Coats?

If you find yourself asking, “What’s the difference between a blazer, a sport coat, and a suit coat?” you’re not alone. Both the average gentleman and even retailers will use these terms interchangeably. While these jackets are similar and the confusion is warranted, there are distinctions between them.

This reminds me of a joke: A duck walks into a bar wearing one shoe. The bartender says, “Hey, you lost a shoe.” The duck says, “No, I found a shoe.”

I love that joke. But I digress—unless you need some shoes to go with your blazer/sport coat/suit coat, in which case you should check out our men’s dress shoes. Let’s learn the differences between the three and how to style each of them. Perfecting your outerwear look can be daunting, but it doesn’t have to be. Read on to learn how.

The apparent difference between a blazer for men, a sport coat, and a suit coat is that most people don’t know (and don’t care) that there is a difference between them. Most people use the words as if they mean the same thing, which is like using “pants,” “trousers,” and “slacks” to describe the same item—when we were all brought up to know better, weren’t we?

Historically, a “blazer” described a solid-color sport coat (originally only navy with brass buttons). If it was really nice-looking and a gentleman was headed out for the evening, it could be said he “went out in a blazer glory.” I may have made that up.

How to Style a Blazer

The history of the blazer dates back to the 1800s when Queen Victoria visited a ship named HMS Blazer of the Royal Navy. The captain of the HMS Blazer ordered his crew to wear navy blue double-breasted jackets to impress Her Majesty. It worked, and the name stuck. The crew that day wore their blazers over striped sweaters. If you prefer a more relaxed look, try the men’s T-shirts and men’s jeans combination with your men’s blazers.

A sport coat (or sport jacket) was made from beefier fabrics, usually with a pattern, and was actually worn for sports like hunting and shooting. Time passed, and hunters took to wearing a jaunty orange color while the sport jacket evolved into a garment that could be worn for casual events of any sort. Men’s sport coats are more casual and less structured compared to the blazer and suit coat. Today, the sport coat isn’t really associated with hunting activities anymore so much as being every man’s effortlessly sophisticated wardrobe staple.

How to Style a Sport Coat

Styling a sport coat is all about contrast. The patterned jacket should go with trousers that are not made from the same fabric and don’t have the same pattern. Your sport jacket is your versatile wardrobe companion. Wear it with dress pants and a tie for dressier occasions. If you’re just running out the door, then men’s chinos will do just fine.

A suit coat is exactly what it sounds like. It’s the jacket of a men’s suit. Unlike a sport coat which shouldn’t be worn with matching pants, a suit coat is worn with pants from the same fabric and same pattern. After all, you wouldn’t want to wear a jacket from a pin-striped suit as a sport coat.

How to Style a Suit Coat

Suit coats were made of finer fabrics and had tailoring differences from sport coats because they were worn for formal events, not for shouldering a rifle. Plus, they had matching trousers.

How Did Blazers, Sport Coats, and Suit Coats Become Synonymous?

So what’s causing all of the confusion? What happened was that men—and I’m not pointing a finger at anyone in particular—started wearing suit coats as if they were sport coats: with men’s jeans or men’s chinos or other non-matching pants. And other men started wearing sweatshirts for men as if they were sport coats and they would go without socks, and they thought that you could wear a T-shirt and shorts and flip-flops to the office and that would be cool. Again, not pointing any fingers at anyone in particular (especially you, Ben.)

And that’s how the distinction between the three types of coats was lost to history. Frankly, I’m surprised anyone even remembers it, including me, because I have enough trouble remembering the joke I started out with.

Wear Your Outerwear in Confidence

To sum up, it’s like a free-for-all out there. However, you will enter the fray armed with knowledge: There are indeed distinctions between blazers, sport coats, and suit coats. Now you know how to style each of these with style and confidence. And while no one else may care about the actual differences—at least you’ll know the difference when you’re playing trivia.