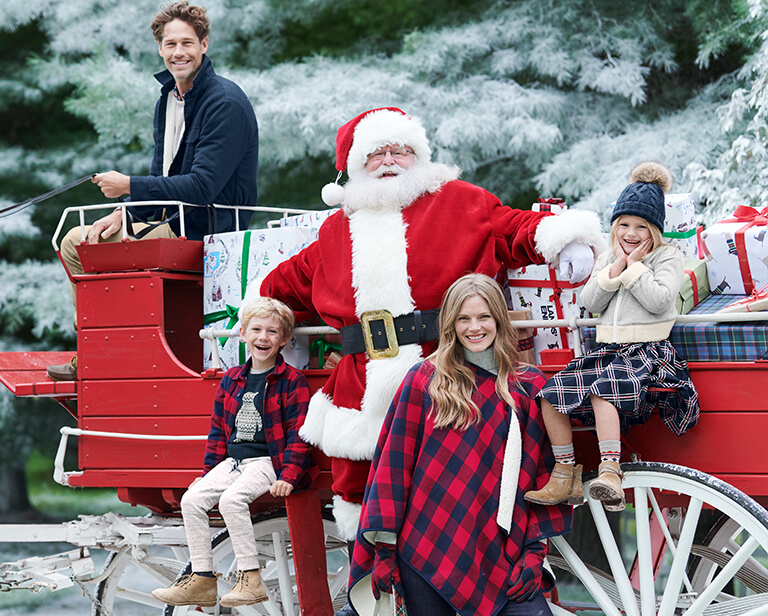 Templates of Letters To Santa That'll Make You Smile

I have a confession to make.

My kids were naughty this year.

But I’m asking—begging—if there was any way you could move them to the “nice” side of the ledger, just for this one Christmas.

I know that it’s a lot to ask, and it goes against the whole idea of naughty-and-nice in the first place. But the thing is, Jimmy could really use a new down coat and Jenny needs a new pair of snow pants. And they’re both overdue for kid’s snow boots, too.

That’s all I’m asking for Santa.

Though if you really want to help out, you can leave some kids’ gloves in the needlepoint stockings.

I know it’s been a while since I’ve written.

The last time was probably for a Furby. Thanks again for that Furby.

But I’m writing to you now because there’s something I just can’t get off my mind. And that something is a cashmere sweater.

Yes, I know that it’s a little more than a Furby. But it’s also been a long time since I’ve asked for anything, so maybe that evens out?

P.S. I’d also be totally happy with a cotton cashmere sweater, too.

P.P.S. I’d also not mind at all if you had some cozy flannel shirts that I could layer under it. Or make due on my non-cashmere days, because those are long days, indeed.

We’d love some new flannel sheets—preferably something organic, with a 5 oz. weight and a velvety texture. And if it’s not too much to ask, we’d like to have them embroidered with a little holiday cheer. Maybe a snowman, a wreath, or even a nutcracker standing at attention. Oh, and flannel pajamas to tie it all together, of course.

We’d love two pairs of slippers—fleece-lined suede mocs for him, and shearling mocs for her. And, of course, we’ll need bathrobes to go with them. Maybe terry robes embroidered with “Mr.” and “Mrs.” so we’ll know whose is whose?

And lastly, we’d each love a needlepoint Christmas stocking, just like the ones we had when we were kids. You can embroider those to “Mom” and “Dad”— and bring us a third next year.