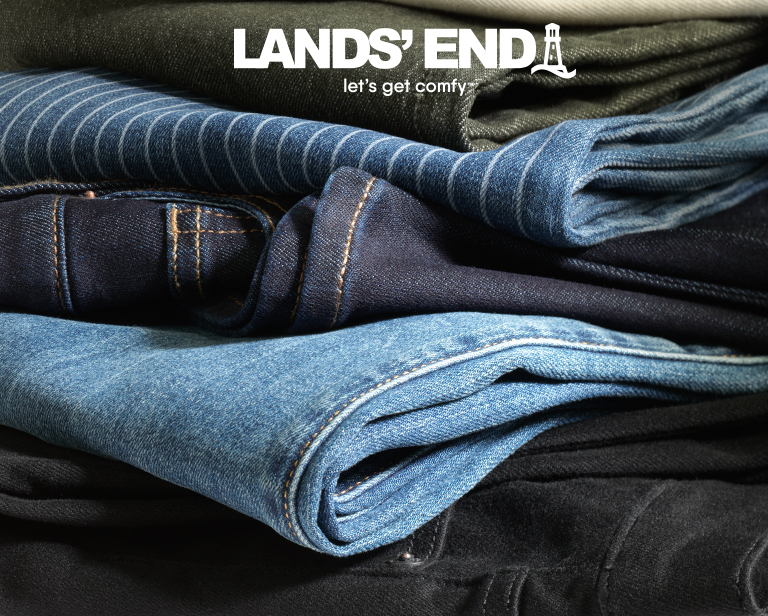 Jean Styles and How to Rock Them

Ever since Jacob Davis and Levi Strauss received a patent for “Improvement in Fastening Pocket-Openings” in 1873, blue jeans have been a part of the American fashion landscape. Originally designed as sturdy pants for miners and ranchers, jeans went on to become popular among blue-collar workers. In the 1950s and 1960s, teens adopted blue jeans as part of their youth uniform.

Today, jeans are worn by people of all genders and ages and can be found in a variety of cuts. Most styles of jeans are named based on the design of the leg. Read on to learn more about jean styles and how to rock them.

The basic blue jeans style—the one shown in the original patent and what most people visualize when they think of blue jeans—is straight-leg jeans, so named because it falls in a straight line from hip to hem. You can wear these jeans with pretty much anything, from pullover sweaters to polo shirts to tank tops. Try topping them with a white T-shirt and a leather jacket for that classic “rebellious youth” look.

Boot-cut jeans are similar to straight-leg jeans until you get to the ankle, at which point the styles diverge. Boot-cut jeans flare out slightly, making it easy to fit a boot under the pants. In contrast, skinny-leg jeans are worn inside the boot. Wear boot-cut jeans with a crewneck sweater; if you want, you can add a collared shirt or turtleneck underneath. And, of course, wear your favorite ankle or cowhand boots.

Popular in the 1960s and 1970s, bell-bottoms are once again trending. Like boot-cut jeans, bell-bottoms are flared but starting at the knee rather than the ankle. The flare on bell-bottoms is also more pronounced; the hem of the leg is often wide enough to cover the entire shoe. For a retro vibe, pair with a poet’s shirt that can be loosely tucked in and add a leather vest over that. Don’t forget to dig up some platform shoes to complete the look.

One of the more recent trends in jeans is the wide-leg jean, which simply looser straight-leg jeans. Because these jeans are baggier through the leg, it’s best to offset that with a fitted top. Boatneck tops are particularly flattering. Choose a white top with a horizontal stripe, tie a scarf around your neck, and add flats that pick up a color from the top—you will look trés chic!

Although high-rise jeans—also known as high-waist jeans—have in the past been referred to as “mom jeans,” the truth is they are quite flattering. These jeans sit at the natural waist rather than below the belly button. To keep the waist defined, pair them with a fitted blouse. You can opt for a solid color or choose a fun print for a pop of color.

These jeans are a variation of high-waist jeans. They have extra fabric on top and often come with a built-in cloth belt. When the belt is tied, the result is some gathering at the top, similar to how a paper bag appears when you tie it by wrapping string around it. If the jeans do not come with a belt, definitely add a skinny one. A wide belt will draw the eye away from the gathering, which is what you want to play up. To that end, wear fitted tops, such as women’s scoop-neck tees. Paperbag jeans also look great when paired with a cute cropped sweater. Conversely, avoid oversize tops that hang over the waist—they’ll hide the gathers and just add unwanted bulk.

Skinny jeans have been popular for a while now. These jeans are snug all the way through from waist to end—so much so that they often have some spandex added to the fabric to make it easier to get the foot through and then tug the pants on and off. Style skinny jeans as you would leggings, with an oversize sweater or a tunic top. They look great with pretty much any type of footwear, too.

If you combine jeans, a bib, suspenders, and a tool belt, you get overalls. Overalls were originally designed for workers, with additional pockets on the bib (which, at least in theory, offered some protection) and pants, as well as a loop for holding a hammer on one leg and a long pocket for a ruler or pliers on the other. Popular in previous decades, overalls have been making a comeback recently and have been adapted to various styles beyond the straight leg. Overalls pair well with plaid flannel shirts, so choose one in your favorite colors for a look that is simple but on-trend.

Keep in mind that many pairs of jeans are often a mix of styles. For example, you can find skinny-leg overalls as well as wide-leg jeans with a paper bag waist. In addition, with few exceptions, most tops go well with most styles of jeans. So, choose the jeans and top you look best in and are comfortable wearing, and you’ll be sure to rock your style no matter what jeans you wear.