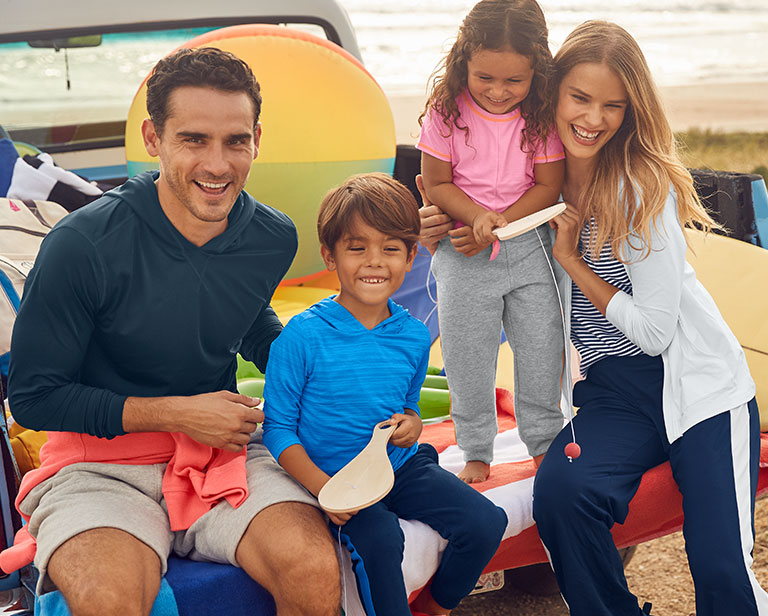 Six Games to Play on July 4 for Classic Summer Fun

The Fourth of July is one of those fun holidays when you don’t have to stress about decorations, fancy table settings, or whether there’s enough room at the dining room table for all of your guests. Since July 4th occurs during summer, there is so much you can do outside in a casual environment. Nobody has high expectations. Your guests want to have fun in the sun! Some tasty recipes, a bit of space in the backyard, and some patriotic decor are all you really need to host an Independence Day bash. But if you want to take it up a notch, consider these six games to play for classic July 4th summer fun.

In most parts of the United States, July 4th can be pretty hot, with the sun beating down during prime backyard BBQ time. What better way to cool off than with a classic water balloon toss. Start by finding some red, white, and blue water balloons to make it extra patriotic. Then, separate everyone into two teams, standing at least 10 feet apart. Once someone is hit with a balloon, that person is out, and everyone else needs to take one step back. The last team standing with a water balloon that still hasn’t exploded wins. You might want to suggest in advance that your guests bring along their swimsuits for this activity.

If you have some golf clubs lying around—even kids’ golf clubs—a friendly game of backyard golf is a great summer activity. Why not make it family-friendly by using something soft (and delicious) like marshmallows instead of golf balls? Start with three players, designate a spot on the lawn where players can tee, and see who can hit the marshmallow the farthest. Dye one-third of the marshmallows with red food coloring, tint another third with blue food coloring and leave the rest white, so each player has a different patriotic color to hit. If playing with more than three people, simply let the winner of each round of three players advance, adding two extra players each round.

Games such as Bingo are great for large groups as well as smaller groups. And on July 4, something like Bingo is also great if the weather takes a turn for the worse since you can play inside. Do an internet search for Fourth of July Bingo printouts. Then make sure everyone has a red or blue blotter or marker, or red and blue candies, to mark off their bingo cards. To make it really competitive, consider giving a prize to the winner. Something as small as candy will make the kids happy when they win. If you want to make it competitive for the adults, think of a prize such as a canvas storage bin full of cocktails or snacks for the winner.

Another good rainy day game is a trivia challenge. Make it patriotic by gathering a list of questions that have to do with the holiday. Take your guests into account beforehand, though. If you’re going to have an equal amount of kids and adults playing, you’ll want to make sure you have a mix of easy and difficult questions. You never know, though—the kids just might know more than the adults! You can either crown one winner or divide everyone into teams. It could be fun to plan and ask everyone on each team to wear the same-colored men’s or women’s T-shirt, with one team wearing red and the other team wearing blue.

Bocce ball is a great outdoor game to play with friends and family. But you don’t need an official bocce ball set to play something similar. Something like lawn bowling can be played with anything you can knock down and anything round that you can use to knock things down. Even soda bottles or milk cartons work for the “pins,” and any soccer ball or kids’ ball can be used as the bowling ball. Make it patriotic by painting the bottles or cartons red, white, and blue. Get as creative as you want with the rules, or just make them up as you go!

Capture the Flag is a popular and classic outdoor summer game, so why not make it patriotic for the Fourth of July? This is a great game if you have many guests, as people of any age can play. And it is really fun at nighttime. Simply try to capture the other team’s flag from their territory while also defending yours. You can use those little American flags on sticks as the flag. And if it is nighttime, one team can wear red glow necklaces while the other wears blue. This could get rowdy, though, so you’ll probably want to wear shorts or a skort as you sneak around the yard.

With these games ready to go, you can make sure everyone—including you—has a memorable Fourth of July celebration.