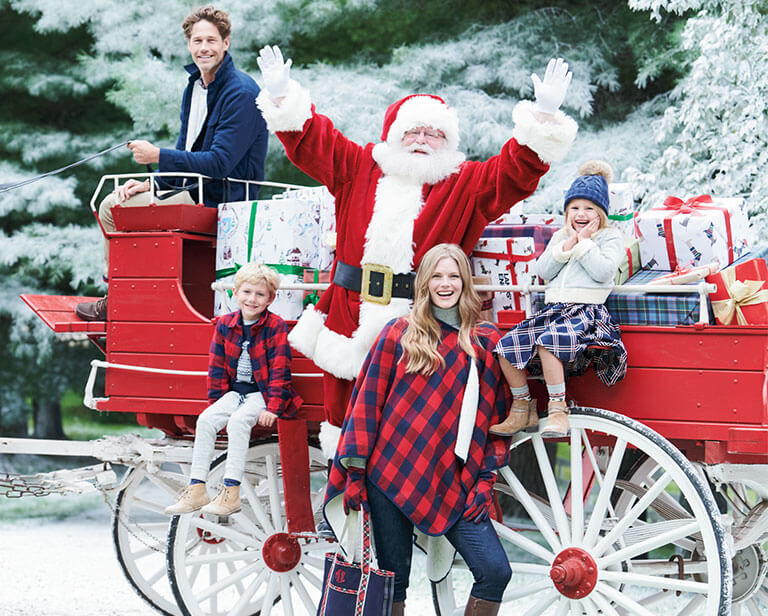 Ah, Madison, catch a Badger drinking from the bubbler and expect to see a distinguished Cheesehead spending green on a golden-crusted mac and cheese pizza. Holidays are starting up, cozy cardigan sweaters are a daily requirement, tire chains are getting pulled out of storage, and that welcoming embrace of the icy chill is starting to take hold. I found myself getting into the communal holiday spirit with three of Madison's spectacular events.

I hadn't seen Santa in quite some time. I felt like college had gotten in the way, then work shuffled up some plans to grab a glass of milk with him. Time flew and I got to feeling bad about all the distance. I missed Santa. Did he miss me? I grabbed one of my warmest winter coats and went to find out on The Santa Express. When I arrived in North Freedom, I spotted him right before hopping on board. "Hello Santa," I said. "I'm not Santa. I'm Bill," said the large bearded man with a bright red jacket. I rushed onto the train and sat far away from Bill as I dealt with my embarrassment. The train left the station, and soon there he was. Cherubic Santa Claus in his unmistakable Santa garb, handing out candy canes and hugs. We got a photo together and without even acknowledging how long it had been, we were able to have a great time.

Don't be a Grinch

Soon thereafter I found myself signed up and ready to go for the Run Santa Run 5k. I'd never run much before but in order to conquer my unreasonable fear of the Grinch, I registered to take part in the race. I knew it would be a chilly one so I wore one of my warmer jackets and some long underwear (TMI?) which turned out to be my saving grace. The best part was there were dogs everywhere. I spent half the race making sure that none of the pups scarfed down the cookie station and later the chocolate station. This wasn't the aim of my racing, but I felt obliged to in some way volunteer. I finished an hour behind the Grinch but I was able to come to terms with my fear like a real Whovillian, participating in holiday cheer with a community who absolutely loves winter.

I borrowed my friend’s Expedition parka for our walk to the zoo to see the lights. Wait, what? It’s after dark. And it’s 5 below zero. ZERO. For some reason, I was expecting to find zoo animals with headlamps scrounging for food. Instead, there were lights. A whole bunch of lights. Lights in the shape of animals. Beautiful sparkling lights. A carousel! Majestic holiday cheer. It was amazing to see what happens when the zookeeper lets the animals organize an event, and I was very glad I was able to go. I didn’t feel a bit of the cold, by the way. She may not get her coat back until I leave Madison.