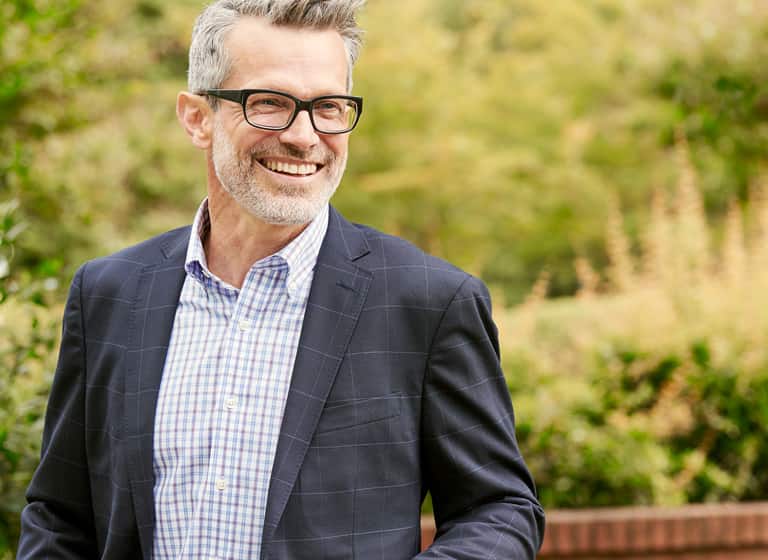 How to build a capsule wardrobe for guys.

If you're not yet familiar, the term "capsule wardrobe" is a phrase coined by London boutique owner Susie Faux in the 1970's to describe a curated selection of versatile clothing that can be worn in different combinations to create a total wardrobe.

Perhaps it's the link to a fashionable boutique owner, but the concept of a capsule wardrobe has traditionally been viewed from a female perspective. However there's no reason why it can't also apply to a male closet. In our less-is-more, Marie Kondo-centric cultural moment, it's increasingly fashionable for both genders to edit down their wardrobes to the basic essentials, which not only provides more living space and saves money, but can also take the guesswork out of getting dressed each morning by ensuring that every item in your closet can pair effortlessly with the next.

For the purposes of a capsule wardrobe, just three pieces of lower-body clothing are required: a good pair of jeans, chinos and dress pants (we'll get to those second and third entries later). Today, jeans come in a seemingly infinite array of colors, washes, and even pre-distressed details. For the purpose of your capsule wardrobe, you'll want to select the most versatile pair of men's jeans available, as it will serve as the most commonly worn element in the collection. We'd advised finding a pair in a dark wash, without any distressed details. A dark wash can be worn casually with a men's flannel shirt, or dressed up with different button down shirts and blazers.

The days when a flannel shirt was considered the exclusive provenance of lumberjacks and 90's grunge bands is long gone. Today, the humble flannel shirt is something like the new men's button-down oxford cloth. It's become the present uniform of the ever-more-casual creative class, and is worn in offices from Oakland to Hoboken. But at the same time, it hasn't lost its classic, All-American, rugged appeal. And that's fantastic, as it pairs just as easily with a pair of blue jeans or chinos for a slightly more tailored look.

The other pant in your capsule collection should be a pair of chinos, which can be worn in professional situations, date nights and more. To make things just a little bit easier (which, after all, is the entire point of a capsule collection) you can opt to have yours non-iron, which will knock one more chore from your daily to-do list. Chinos remain casual enough to be worn with flannel shirts and rugby shirts, but can also complement a blazer.

We believe that the rugby shirt deserves just as much attention as its more popular cousin, the polo shirt, receives. Thanks to its long-sleeve design, the rugby shirt is suited for four-season wear, making it a remarkably versatile piece. It's just the type of things you can throw on over a pair of jeans without worrying about having to plug in an iron. It can also be worn with a pair of chinos and a men's sport coat for a modern take on classic prep.

While we've been extolling the versatility found in a pair of chinos, they can't operate in every setting. If you find yourself in a more formal situation, such as a job interview, you will want to be sure that a pair of dress pants is in your rotation. We recommend finding a pair in khaki or grey, which will always match with the next item of importance: a blue blazer.

There's a reason why the blue blazer has changed very little in the last two centuries. Originally conceived as a casual garment to be worn by English rowing teams, it's since evolved into an iconic piece of American tailoring. Whether there's an upcoming special occasion dinner on your calendar or a simply a night out when you want to look your best, a blue blazer effortlessly matches with a button down shirt and a pair of chinos or dress pants. That's not to say that blazers can only be worn in situations when you most look pressed and polished: trying throwing it over a pair of jeans and a rugby shirt for a casual look.